Which direction is better to sleep? Know the benefits for directions... 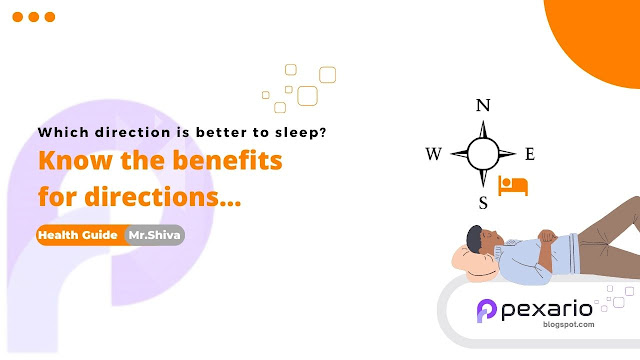 Sleep is very important for all of us. If one gets good restful sleep, the body will be healthy. It is important that the sleeping room is quiet and without light. As sleep is necessary for humans, we should also be careful in which direction we sleep with our head and in which position we sleep.

According to Vastu Shastra(this think on Indian mythology), when one sleeps with the head in the wrong direction, it can lead to various health problems. Also, by sleeping in the right position, you can avoid health problems. Just like when we buy a house we see if it is located according to Vastu Shastra, it is also important to keep in mind the sleeping direction. Well, in this post, we will see which direction is better to sleep and what benefits we get.

In the northern direction of the earth there is direct current and in the southern direction there is opposite current. Similarly human body has direct current in head and opposite current in feet. Opposites always attract. When lying on the same poles, there is a disturbance between the electric currents, the energy of the body is affected and health problems can occur. So say 'No' to North first.

This direction is considered as the best direction. According to Vastu Shastra, if one sleeps with his head towards the south direction and his legs stretched towards the north direction, fame, wealth, success etc. will be sought and mental peace and physical health will improve.

East which is beneficial for children

East direction is very good for children and youth to sleep and study. Because when sleeping with the head in this direction, memory increases and one can give full attention to studies. If accountants sleep with their heads facing east, their brains will function better during sleep as well.

If you sleep with your head facing west, you may see a change in your life every day. And those who sleep with their head in this direction will increase their chances of becoming rich and living with fame.

While sleeping, the first direction considered best is South, East and then West. Do not sleep with your head only in the north direction for any reason. And the above directions will give you many benefits. It doesn't matter if you haven't followed the above tips yet. Follow this and find prosperity in life.