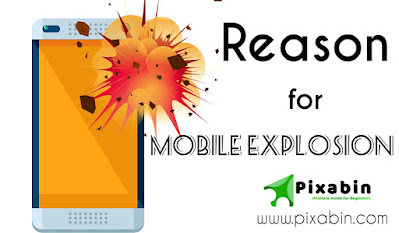 Follow the instructions below to protect your smartphone from the explosion

Throw away those fake batteries you bought to save some money. Fake batteries are less expensive, but they are one of the main reasons for mobile malfunction and explosion.

Overheating when applying an improper voltage to the battery will avoid prolonged charging of your smartphone, which can lead to an explosion.

For example, putting a smartphone on the charge from night to morning and falling asleep

Throw away the fake charger as well. Fake chargers are less expensive, these fake chargers will charge your battery in the most impossible way, even for a smartphone explosion. Always get used to using the battery and charger, just like your smartphone brand.

Failure to replace the repaired battery

Do not overheat your smartphone. Circuit boards are sensitive to temperature. For example playing the game for too long, putting too much load on the processor.